A lot of artists talk about chasing their dreams

but for Christian recording artist Mark Schultz, it’s never been about the chase. Instead, it’s about following God’s call. Incidentally, this has led to what looks like any artist’s dream: two million records sold to date, ten No. 1 singles, a Dove Award as well as multiple nominations. If you’ve encountered Christian music in the last 18 years, when you hear the name Mark Schultz, you will probably begin humming your favorite Schultz hit.

But even for accomplished artists, sometimes following God’s call might mean following it away from music, or, at least away from music as others see it. Mark Schultz is about to release his first full-length album in six years. Where has he been? Following a new call on his life, one that is arguably more challenging, and fulfilling, than releasing records and being a touring artist: fatherhood.

“Whatever season I’m in, that’s the call I’m following,” says Schultz. His first son was born six years ago, “so if you want to do the math,” he jokes, “you can see that once we had our child, for those six years, things slowed down quite a bit for me.”

Perhaps it slowed down on the music and touring side of things, but not on the family side. Schultz and his wife now have three kids, ages six, four and two. And while he is still following the call of fatherhood, God’s call has also led Schultz back to music with a new energy, new perspective and a new album aptly titled Follow.

The live album is set to release August 17. A mix of new songs and fan-favorites—worship anthems “God of Glory” and “I Am” both appear on the album—Schultz says it’s the best of both worlds: “You get your favorites that you would want to hear when you come to the concert, plus the brand new songs.”

Recording the album live was appropriate for this musician who thrives in that environment. “Most people thrive in the studio,” says Schultz, “for me, I love the live shows so much…I just love the energy of people. I love to see people smiling when I’m telling stories.”

It was this energy that convinced Schultz to choose “Follow” as the first single. As he explains, “It was kind of a backwards process. Instead of going to the studio first and then taking the [tracks] to the people, I took them to the people, and then took the one that resonated back into the studio and recorded it.”

The powerful title track parallels how Schultz navigates his life, not by his own will, but God’s. Originally inspired by a story Schultz heard about a girl with a rough upbringing and no father-figure, Schultz discovered “Follow” was farther reaching than he knew: “As I lived with the song, I thought, ‘This isn’t just for her; this is for me. What do I follow?’”

The chorus reminds us why we follow God, rather than material and earthly things: I’m going to follow my God / For He is saying, “Fear not” / Through storms that rage / My God will make a way / I’m going to call on His name / For He is mighty to save.

Schultz knows that following God does not always mean you know where He’s taking you. As his second verse boldly says, I don’t need to see what’s up ahead / All I need to see is my next step.

The most recent step of faith that Schultz and his wife have taken is adopting their third child, Maia Mae. The adoption was a full-circle moment for Schultz, who is also adopted. Now being on the parental side of adoption, Schultz says he views being adopted—by his parents and by God—in a totally different way.

This theological insight, as well as the natural shift in priorities that often accompanies becoming a parent, has added a new layer to Schultz’s songwriting. His lyrics reveal he is not only thinking about who he follows, but who his kids will follow one day.

In the chorus of “Before You Call Home,” which Schultz wrote after attending the memorial service for a father of a friend, he considers the legacy he wants to leave for his three kids and how he hopes his influence will point them to someone greater: I want to live a life of love / I want to give myself away / I want my kids to think of You when they speak my name.

Of course, this type of legacy requires investing in the lives of your kids today, which goes back to the whole idea of what you follow. “Different chapters call for different things,” explains Schultz. He could chase whatever is shiny—the next concert, the next song—but, he says, “the fact of the matter is, my kids and the relationships that we’re starting to build with them right now, the investments we’re making right now—I hope it’s going to pay off when they’re 20 and 25, 30 and 35.”

Schultz credits his desire to invest in his kids to a mentor who invested him. Rev. Mark DeVries was Schultz’s boss when Schultz was a youth director at a church in Nashville, but DeVries was much more than a boss for him. “I wouldn’t be doing what I’m doing right now unless I was under his leading and mentorship,” says Schultz.

DeVries recognized Schultz’s talent for songwriting and encouraged him to write songs about the experiences he was having as a youth director. “He’d say, Hey, why don’t you go write a song about that mission trip you went on with those kids?” says Schultz. “I’d write it and we’d sing it on Sunday mornings.

Eventually, DeVries’ encouragement led Schultz to rent out Ryman Auditorium, an iconic music venue in Nashville, for his very first concert. The show sold out, label people were there and the rest is history.

Schultz honors DeVries in the track “What Love Looks Like,” which Schultz initially wrote for his mentor’s retirement. The song describes a man who sounds a lot like Jesus. As the first verse says, Loved by the young, the old, and the one who needed some help along the way / If you ask anyone who has met him about his life, they would say / This is what love looks like.

“That’s the kind of guy this is,” says Schultz. “That’s who I’ve been following for the last 20 years.”

Now, 20 years later, it seems DeVries’ encouragement is still having an effect on Schultz’s career. While Schultz collaborated with producer Ted T., who has worked with King and Country and Natalie Grant, on producing the single, and he worked with co-writer Jeff Pardo on several songs, Follow is largely an independent project for Schultz. For the first time in 18 years, he is releasing an album sans-label.

Schultz says it’s been exciting to be on the production and promotion side of things, and he appreciates that we live in a time where independent artists can have the freedom to do that. It also allows him to stay true to his calling.

“I’ve always known who I am and what I do,” he says, “so this is an extension of that.”

Spoken like someone who has his priorities in line when it comes to what he follows in his life as well as what he follows in his art. Songwriting for Schultz has never been about trends or staying relevant in Christian music. Instead, he says, “my biggest deal is to write what is real to me…I want to pull it out of real life, make art out of it and hand it back to people.”

This is exactly what Follow is a collection that is equal parts an extension of Schultz and an offering to listeners—listeners who, if they haven’t already, will follow Schultz’s music for years to come and, more importantly, the One he sings about. 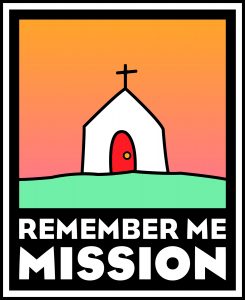